Published by cioameonu on 24 October 2018

Dr. Denis Mukwege, a world-renowned gynaecological surgeon, is the founder and medical director of Panzi Hospital in Bukavu, Democratic Republic of Congo (DRC).

He founded the hospital in 1999 as a clinic for gynecological and obstetric care, and expected to be working on issues of maternal health. Since 1999, however, Dr. Mukwege and his staff have helped to care for more than 50,000 survivors of sexual violence. The Panzi hospital not only treats survivors with physical wounds, but also provides legal, and psycho-social services to its patients.

Dr. Mukwege has been fearless in his efforts to increase protections for women and to advocate that those responsible for sexual violence be brought to justice.

In October 2012, Dr. Mukwege was violently attacked and his family was held at gunpoint at his home in an assassination attempt. After this attack, Dr. Mukwege and his family fled the country for his safety, but his many Congolese patients and colleagues urged him to resume his life-saving work at Panzi Hospital. He returned to the hospital in January 2013 and was celebrated by crowds of people ecstatic to have him home. During this difficult period, Physicians for Human Rights (PHR) worked closely with Dr.

Dr. Mukwege is also on the advisory committee for the International Campaign to Stop Rape and Gender Violence in Conflict. He has been the recipient of numerous awards worldwide, including the 2018 Nobel Peace Prize, for his advocacy against sexual violence as a weapon of war and for his outstanding services to survivors of rape. During this difficult period, Physicians for Human Rights (PHR) worked in close coordination with Dr. Mukwege and colleagues at risk in DRC to mobilize a global campaign to advocate for and protect individuals working on the front lines helping survivors of mass atrocities and prosecuting perpetrators of these mass crimes.

Honors and Awards include: 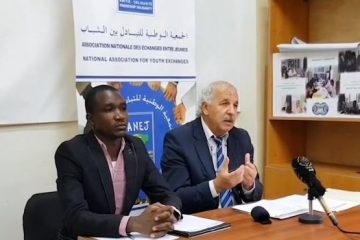